Read about Hubbard Chapel Pioneer Church history,
and the history of Hubbard, Oregon

1847 The first settler Charles Hubbard Jr, arrived.  Hubbard was on the edge of French Prairie, in woods of oak and fir.

1870 The first Hubbard store was erected.

1871 With the coming of the railroad and the growth of the town the first Post Office was opened.

1876 The first Methodist Church was established.

1877 There were 150 people.  Every other lot in town was given to the railroad, as an inducement to run a line though Hubbard. 40,000 bushels of grain was shipped from Hubbard.

1881 In addition to the Post Office there were 15 businesses, one of which one was a hotel.

1882 George Wolger bought 80 acres of the Charles Hubbard homestead and Mineral Springs, which drew people from Portland and other area’s in their horse-drawn buggies.   In 1892 a big Sanitarium and bath house was built to accommodate people who came to stay for several days in order to enjoy drinking and soaking in the mineral water. 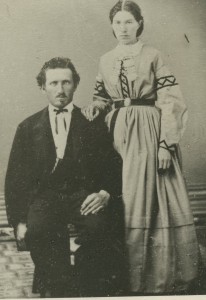 George and Ottilia Will Wolger
on their Wedding day.

1891 Hubbard was granted a charter and the right to incorporate, thus town was finally incorporated, one year before the Hubbard Chapel known then as First Congregational Church came into being.

1892 The Hubbard Chapel – The First Congregational Church of Hubbard was formed and the members stated working on building the new church.

1894 The Hubbard Chapel – The First Congregational Church of Hubbard was dedicated in October of that year. A. B. Gleason became the pioneer and in a measure the founder of the town of Hubbard, building the first house, and conducting the entire business of the railroad company at that point. He was engaged in merchandising, handling grain, and shipping produce, also being a  family man.  He owned a handsome residence, had four daughters, one being the wife of the well-known G.W. Dimick.

1895 Charles Hubbard moved back to Oregon City and left  his son William C Hubbard (W.C.) running the land claim. W. C. described his brief courtship to Clark Will, telling him, “I go to a dance and get married…I told my parents of my intentions of getting married and went to a dance at Parkersville.  The dance continued till daylight.  Miss Helen M. Cooley and I went from that dance hall across the way to the Congregational parsonage where we were married”

1900 The Catholic Church was erected.

1901 On May 2nd the Commemorative Monument bearing the names of the signers for independence, and making the Birth of the State of Oregon, was dedicated.

1904 The first electric lights in the town of Hubbard were turned on.

One of the first records of Hubbard Chapel celebrations of life was a baptism in Hubbard.   A.B. Gleason Aug 23, 1892

Drawings of the Church

The first know photos of the church

An 1895 photo of the 8th grade Sunday school 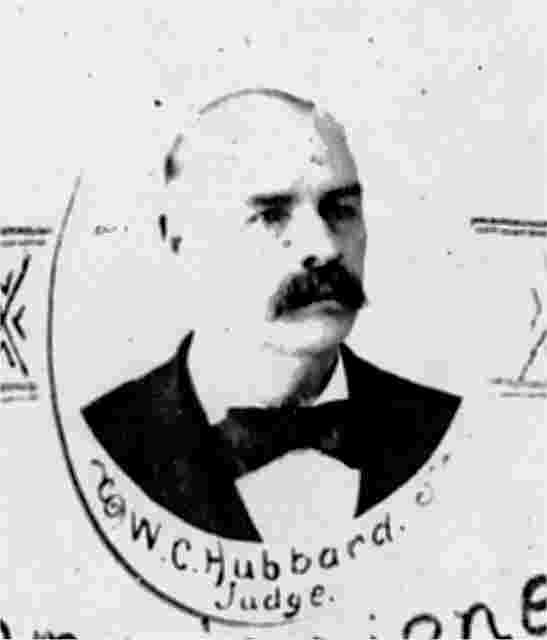 1909 By this time there were about 40 businesses, including the Hotel.  A Dr. S. W. Weaver, who was a violinist, a saddlery, a millinery, an undertaker, a banker and drugstore owner ( Both the bank building and drugstore buildings are still in existence today) built the hotel was called the Commercial House, was one of the town leaders.

Dr. George Atkinson very involved with the Congregational Church became the “Father of Oregon Public Schools”.  His work brought about the establishment of the public school system by the State legislature, their efforts also helped to organize and found Pacific University.  Dr. Atkinson was also credited as the first to us the term “Inland Empire”to designate the high country region of eastern Oregon and Washington.

May 22 1947 possibly the most talked about and unique wedding and celebration of life occurred in the Chapel when Oscar W.  Cripps of Canby married Gladys Iona Cripps also from the same Canby, Oregon. In our records this is the only time an uncommon last name was married to someone with the very rare same last name.  They both came from the same city, and at the time Canby also had several chapels in which the couple could wed.

60 years ago there were rumors in the church about them being close family, and they were welcome to our church because of our many accepting polices.  It was agreed that the churches main duty is to serve, and the wedding ceremony went on.  No one ever could find out anymore about either Mr. and Ms. Cripps before or after the wedding, but everyone agreed it was unique story.

1959 The church was remolded adding a narthex, fellowship hall and kitchen.  The building was also lowered several feet. 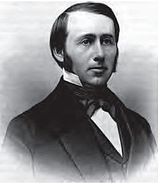 George Atkinson in his early years