Hubbard Chapel would like to give a little history on wedding customs.

The purpose of the wedding bouquet held various meanings in the past.

Chances are those who have attended a wedding have witnessed some popular traditions take place. The bride wears a veil, a court of wedding attendants accompanies the bride and groom, and birdseed, rice or flower petals are tossed.
But have you ever wondered why? The wedding customs are ripe with tradition and harken back to days when superstition and myth often ruled the day.

Ringing Church Bells: This would ward of malicious spirits, giving the marriage a long and fruitful life. This took on another meaning for the wedding guests, where also they’re also cleansed of spirits while reminding of their original wedding ceremony.

Tying the Knot: Oddly enough, the phrase ‘tying the knot’ comes from an old Irish tradition that symbolizes the bond of marriage in the same way that the exchanging of rings does in most ceremonies today.

Throwing rice: Today it has become more fashionable to blow bubbles, toss birdseed or release doves when the bride and groom leave the house of worship newly betrothed. That’s because savvy individuals found that raw rice can pose a hazard to birds pecking in the area. However, rice throwing is an old custom that dates back to the Middle Ages, when wheat or rice where thrown to symbolize fertility for the couple.

Bouquet: Nowadays, the bride carries a beautiful bouquet of flowers. But the purpose of the bouquet held different meanings in the past. Saracen brides carried orange blossoms for fertility. Others carried a combination of herbs and flowers to ward off evil spirits with their aroma. Bouquets of dill were often carried, again for fertility reasons, and after the ceremony, the dill was eaten to encourage lust.

Wedding rings: Wearing of wedding rings dates back to ancient Egypt. The round shape of a ring symbolizes eternal love. The ring is worn on the fourth finger of the left hand because it is believed this finger has a blood vessel that goes directly to the heart.

Wedding cake: The traditional wedding cake evolved from Roman times when the cake was originally made from wheat. It was broken over the bride’s head to ensure fertility. All of the guests eat a piece for good luck. Single women used to place a piece of wedding cake under their pillows in the hopes of finding their own husbands.

Father accompanying the bride: This tradition symbolizes that the bride’s father endorses the choice in husbands and is presenting his daughter as a pure bride to that man.

Kissing the bride: In older times, a kiss symbolized a legal bond. Therefore, the bride and groom kissed to seal the deal on their betrothal.

There are many traditions surrounding a wedding that people simply accept. But understanding their origins can make the ceremony more meaningful.

Origins of the term ‘honeymoon’
There are varying accounts of the evolution of the word “honeymoon,” but many believe it to be a Norse tradition deriving from the word “hjunottsmanathr.” Northern European history describes women being abducted from their families and forced into marriage with a man from a neighboring village. This husband would take his new bride into hiding and stay there for a while until it was certain the bride’s family had given up the hunt and retreated. It was also tradition for Scandinavian couples to drink a sweet, honey-infused wine known as mead for a month after getting married. This may be where the “honey,” for the sweet drink, and the “moon,” for the one-month period of time, originated. Others say “honeymoon” refers to a sarcastic quip that a marriage starts out sweet as honey, but then wanes much as the moon will each cycle.

To schedule a free tour or learn more sign up here 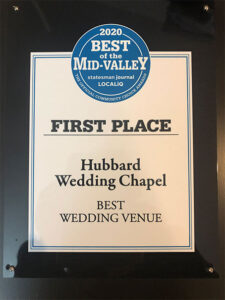 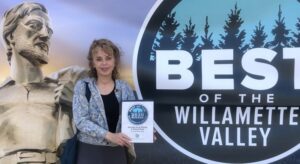